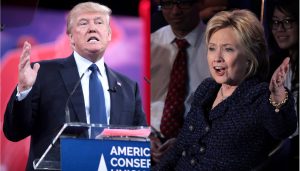 The media, both in USA and in Europe, seems to be in shock in the wake of the election of Donald Trump to the highest office in the United States of America. However, the result isn’t as inexplicable as many commentators make it out to be.

Below we post an article originally published thirty-six years ago today, written by Plinio Corrêa de Oliveira in the Folha de S. Paulo on 17th November 1980. In it the author explains the election of Ronald Reagan, which apparently rocked the world, perhaps not to the same degree as that of Donald Trump. Nevertheless the explanation seems to be applicable to the recent election too: 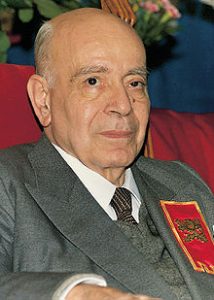 “An extremely rare ‘Social Revolution’ is being carried out in the United States,” affirmed El Mercurio (25/8/80), the newspaper with the largest circulation in the Chilean capital, on publishing a news dispatch coming from Los Angeles, California. The dispatch gives a profound explanation to the phenomenon which so roundly contradicted the predictions of innumerable organs of the media in the whole West, that is, the defeat of Carter and the victory of Reagan.

This error of prevision was of such magnitude that a journalist of the Folha de S. Paulo could wittily comment, in the section “Cotidiano” (7/11/80) that it destroys the credibility of “all the ‘analysts,’ ‘interpreters,’ ‘observers,’ ‘specialists,’ ‘experts,’ and other rumour mongers” who wrote about the matter, as well as that of “the most respected public opinion research firms.”

It seems to me that this sadly monumental error was due to the fact that no one took into account the phenomenon, nevertheless easy to perceive, that the correspondent of El Mercurio sums up as follows: Nowadays, “the rich are becoming ‘progressivists’ and the poor are becoming ‘conservatives.’” The newspaper explains: the rich in the United States are suffering from a “poverty complex” that leads them, for example, to put aside showy and plush automobiles they used to have, and to prefer the “tiny Japanese or German cars with their noisy diesel engines.” In contrast, the poor, led by a complex of riches, are using the finest looking automobiles that they can buy.

As I see it, the “reverse revolution” described here does not exist only in the United States. One notes symptoms of it in various countries. Take Brazil, for example: Who does not remember the surprisingly leftist vote of an impressive part of the electorate in rich neighbourhoods of Sao Paulo in the last election? 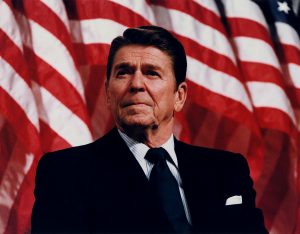 Therefore, it is not difficult to explain why Reagan, the conservative candidate, received more votes than Carter, the progressivist candidate. That would not have been possible without an advance of conservatism among the poor and more modest segments of the population which, by definition, are very numerous. Obviously, the position taken by these classes was not what it was in 1976 when Carter was elected.

Could it be that the professional oracles comically listed in the Folha de São Paulo did not see this change? Or could it be that they saw it but were prevented from bringing it to the attention of the public by a certain internal censorship of the liberal media?

The fact is that the West was up until then being deluded by the conviction that the poor formed an immense sea of people shaking with indignation and making rising waves of a growing aggressiveness. Supposedly, these waves had in many places already been dashing against the sullen wall of the ever more greedy and obstinate plutocrats; and at a given moment the waves would inevitably overthrow the wall; because the wall does not advance: it only resists; and winning is not merely resisting, but also, and above all, advancing. Such was the old Marxist myth of class warfare with which the international media intoxicated the West day and night.

This false version of reality would naturally lead the poor to be ever more demanding, as they enjoyed a foretaste of their victory. And it should lead the rich, finally brought into panic, to become ever more inclined to capitulate.

As far as the United States is concerned, this myth has been finally unmasked by the last elections. The poor reined in their indignation by an indisputably authentic turnabout. And this, let it be said in passing, testifies to their uprightness of soul and good sense.

What about the rich? I do not at present have information which would enable me to speak about the rich in the United States. Before my eyes, I have our Brazil, with its own rich. Through them one can make out, by analogy, something about their fabulously rich American counterparts.

Favourable as I am to a harmoniously stratified organization of society, I must nevertheless affirm that in our great urban centres, the social class with the largest percentage of leftists is that of the rich. Presumably, if all the voters had the mentality of the majority of those rich people, Brazil would already be a country in an advanced stage of socialism. What saves the more opulent segments of society from catastrophe is, as I see it, that the poor and the middle class are much more conservative than they are.

How can one explain this leftist mentality of the rich, and especially of our very rich? Look how they fight day and night to multiply their profits and pile up their fortunes. Therefore, detached they are not. How can one explain, then, their being favourable to socialism scattering what they so laboriously accumulate? Is it fear? Is it panic in the face of the waves of people whom they imagine to be infuriated? Is it a willingness to “give in a little in order not to lose all,” according to the old agrarian reform slogan of 1960? Quite probably so. But as I see it, not everything can be explained just by this…

At any rate, Carter’s gauche and jaded harangues about human rights had no greater enthusiasts in Brazil than the leftist rich; nor did his defeat cause as much sadness in any part of the population as it did among them.

The world is changing, but they are not. If only Carter’s defeat could make them see how anachronistic they are in the way they see things.

As a consequence, the conservativism of the common people does not seem to be merely an American reality, but also a Brazilian, South American, and perhaps, a world reality.

All of this does not amount to saying that those who are not poor can tranquilly let themselves oppress the poor who are so resigned. The truth is precisely the contrary. The poor are giving the leftist rich a very great lesson in common sense. If those who are not poor fail to respond to this lesson with a conduct imbued with respect and a spirit of justice and Christian charity, the course of History, guided by the hand of God, will overthrow these incorrigible socialist tycoons. Will it be to make a classless society? No, but a hierarchical society that may begin genuinely to deserve the noble adjective, Christian.