Last week, around the middle of the week, we were notified by weather forecasters of a heat wave that was going to hit Ireland at the weekend.

So much for the heat wave! 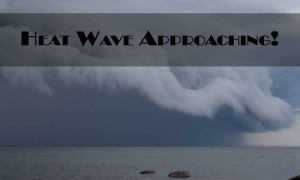 We sometimes have the impression that predictions of heat waves are more ideological than scientific.

Likewise weather forecasts frequently overestimate the expected temperature. This is especially serious in winter, when, for example, the actual temperature is minus 7 (causing water pipes to freeze) rather than the minus 4 predicted.

If the weekend heat wave had materialised it might have made Sunday the warmest 8th May since 2014, or whenever, thus proving that the cycle of global warming, on pause since 1998, was now back with a vengeance.

And why is dissent on the matter so little tolerated?

Here in Ireland we are accustomed to the Catholic Church being dogmatic in its teaching. Or, at least we were in the past.

But Catholic dogmatism never went as far as climate dogmatism. After all, you don’t – and never did – have to be a Catholic. Non-conformity with the climate religion is not an option these days.

And yet, for the past decades, Catholic dogmatism has been roundly condemned by the media as incompatible with basic human freedoms and with our new, tolerant, pluralist and multicultural society.

Meanwhile the far more extreme dogmatism of the global warming/climate change lobby was welcomed, by the same media, as something necessary and beneficial to society. Tolerance of opposing views was no longer an issue.

A recent example of the extreme intolerance of the climate religion was the reaction to a statement by Danny Healy-Rae, TD.

He simply stated his belief that God controls the weather. No doubt a good part of the vitriol behind the reaction was because the Kerry TD had acknowledged the existence of God, and that in the Dáil chamber from which God and His interests have largely been banished. 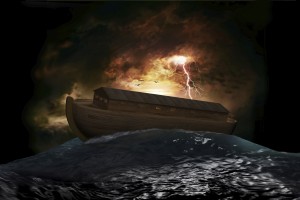 The sneering and condescending tone of much of the commentary was: “Poor culchie… still believes in God in this day and age!”

But beyond that, the avalanche of insults and abuse online and in the print media is in line with the international effort to intimidate into silence any dissenting voices on climate dogma.

Some criticised the fact that Mr Healy-Rae referred to the weather rather than climate, as if they were completely unrelated matters.

And besides, so it was claimed, he ignored the scientific consensus – how dare he? The only problem with that one is that there is no scientific consensus. Many brave scientists have risked their careers in order to break ranks with a make-believe consensus within the field of climatology.

“Denier,” being the fashionable term of abuse these days, was frequently applied to Mr Healy-Rae. “Denial isn’t debate,” one comment on a blog post stupidly declared, as if you can have a debate on any issue without one side denying the proposition of the other side.

But when personal insults don’t achieve their aim, the climate lobby resorts to more extreme measures.

Last September in the USA, for example, twenty professors and scientists sent a letter to President Obama, asking him to prosecute dissenters from climate dogma.

Just two months ago the US Department of Justice admitted that it was considering civil actions against climate change deniers.

Later in March this year, at a press conference in New York, a coalition of seventeen state Attorney Generals along with Al Gore announced that they would pursue, with legal action and huge fines, any company that denies climate change.

All of the above mentioned threats and actions are based on the assumption that denial is malicious. Once a person has seen Michael Mann’s Hockey-Stick graph, Al Gore’s blockbuster, An Inconvenient Truth, or any piece of climate alarmism – and who hasn’t? – then denial is no longer acceptable.

It is not just in America that “Climate Deniers,” get a raw deal. At the COP21 Paris climate conference last July, our own President Higgins called for a rejection of climate change deniers.

At least here we are not yet threatened with prosecution, legal action, huge fines or even imprisonment for questioning the anthropogenic element in Anthropogenic Global Warming (AGW) – or the global warming element for that matter.

Others are not so willing to abandon global warming. To do so would be to admit having gotten it wrong in the first place. Thus, all climate change, even cooling, is explained as a function of global warming – specifically man-made global warming. 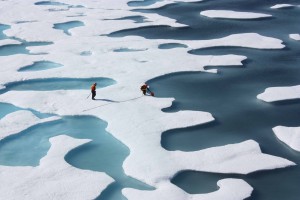 Global warming causes icebergs to melt, so they tell us, thus causing the sea to get colder, which in turn causes everything else to get colder. Meanwhile, if you can believe it, all that extra warmth is being stored beneath the oceans, to emerge at some future date when least expected, bringing with it cataclysms of hitherto unknown magnitudes.

And soon you could be prosecuted for not believing that!

What is the motive for turning science into an intolerant ideology?

Some scientists genuinely believe that global warming, or climate change, is at least partially caused by human activity. If that is where their scientific research leads them, they cannot be blamed for the conclusions that politicians and media pundits draw from their work, and the consequences thereof.

However, it is a notorious fact that climate science of the alarmist variety is much more handsomely endowed by western governments than that which draws more restrained conclusions. Once again, the scientists are not necessarily to blame for this situation.

One would hope that no true scientist would allow financial considerations to dictate scientific conclusions. The accusation, without proof, is often made that AGW sceptics are sold out to private energy providers. Meanwhile AGW alarmists receive abundant funds from governments, somehow without raising analogous suspicions.

And what is the interest of governments in all this? Why would they endow only one side of the debate?

Perhaps some in government really believe that the science is settled, and that there is a broad consensus among climate scientists that we need to urgently do something to stop climate change before it is too late.

They know little of science who believe that. Science is only settled when it stagnates. As long as it is alive, science moves from one working hypothesis to the next as new research uncovers new data, new methods develop, new discoveries are made.

But a very real interest of many in government is the opportunity for increased government control over the lives of its people that comes with the supposed responsibility to resolve this urgent crisis.

Never mind that panic is hardly the state from which a government, or anyone else, can solve problems of such immense proportions.

And the climate crisis is the greatest excuse ever for massive tax increases. We’re no longer just filling pot-holes; we’re saving the planet, if not the whole universe. To date we haven’t heard exactly how the extra taxes are going to save the planet.

The real culprits for the huge panic being generated over climate change are the ideologues of AGW, whether they be from the media, science or politics. 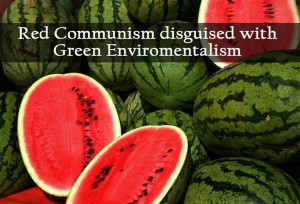 After the failure of communism to attract support from the general public, and its failure to be installed as a political system in the west, its ideologues needed to find a new vehicle for its promotion.

Infiltrating the environmentalist movement the left managed to spread panic that global warming would eventually wreck the entire planet, and even eliminate life on Earth.

While the more extreme environmentalists might have really believed this, others used the movement to widen the scope of communism. It was no longer to be a struggle of the poor against the rich, but one of poor regions of the world against the richer regions.

Here are some clarifying statements on that point from leading promoters of climate policy:

“This is the first time in the history of mankind that we are setting ourselves the task of intentionally, within a defined period of time, to change the economic development model that has been reigning for at least 150 years, since the Industrial Revolution.” (Christiana Figueres, Executive Secretary of the UN’s Framework Convention on Climate Change, referring to plans for the Paris Climate conference last year.)

In other words, Climate Change activism is being used as a vehicle to destroy capitalism, and with it the whole heritage of western culture and civilisation.

One thought on “Is Global Warming Cooling the Earth?”