The Government has agreed to hold a referendum on repealing the Eighth Amendment. But the final decision rests with the Oireachtas. 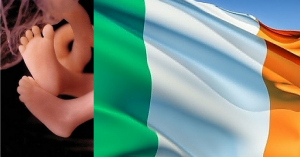 Politicians with little grounding in political science tend to think that letting the people decide on every subject is the ultimate expression of democracy.

Thus, members of the Oireachtas who are minded to vote against holding a referendum will be accused of being undemocratic by some of their peers, the media and by some sectors of the public.

They could be vehemently opposed to abortion and yet, in a sort of self-accusation, feel that it is undemocratic to deprive the public of the opportunity to settle the matter.

It need not be so.

That it is somehow undemocratic or anti-democratic to oppose holding a referendum is a false idea. It is based on a misconception about democracy.

Democracy is a system of government by the whole population through elected representatives.

Nobody believes that public representatives, by virtue of being elected, have unlimited rights to do as they will. Most politicians, themselves, are not too sure about the extent and limits of their authority.

That is why politicians often talk about consensus as if it were synonymous with democracy.

Thus, confusion arises between the two concepts: democracy as a form of government; and a consensus that determines the norms of human behaviour.

Consensus is often a substitute for democracy. The false notion about consensus threatens public discourse and cripples opposition parties.

Not every question can or should be decided by the people. The people cannot impose arbitrary laws. Neither can a government, and it must look to some higher authority to discern the limits of its own power. Some problems are beyond the scope of government to resolve.

Natural rights do not come from the State, or from the people. Nor can they be abrogated by the State or the people.

Even the most ardent supporters of a referendum on abortion would have their own topics on which they would find a public vote unacceptable.

It is not difficult to imagine issues on which almost nobody in the Oireachtas, or in society, would support holding a referendum.

An example that comes to mind is: making newly arrived migrants work in sweatshops for five years. Would anyone dread being labelled undemocratic for not wanting a referendum on this issue?

Neither the Oireachtas, nor the media, nor the majority of the public would worry about being called anti-democratic for treating such an outrageous proposal with the scorn it merits.

It would rob its victims of five years of their lives.

Soon a recommendation will be laid before the Oireachtas that will take, not merely five years but, the entire lives of its intended victims – the unborn.

As medical science advances, as man’s pride in his ability to solve the great problems of the world increases, our Oireachtas members will be asked to approve a retrograde scheme to subject the most fundamental of natural rights of the most defenceless members of society to a referendum.

How many of them would approve a referendum rather than be labelled undemocratic?

How many will have the courage to vote for what they know is right despite whatever labels might be applied to them?

If a referendum goes ahead, the people will be asked to entrust this important life or death issue to the exclusive control of the government and Oireachtas. On what other matter have we ceded such control?

We will also be asked to facilitate, for the first time in the history of the Irish State, the removal of a natural right – the right to life of the unborn – from the constitution.

Let us hope that those members of the Oireachtas who believe it is wrong to subject the right to life to a vote will have the courage of their convictions.

Please sign this petition against subjecting the right to life of the unborn to a vote. It will be sent to the members of the Oireachtas. We hope it will be a support to those who oppose holding a referendum on abortion, and that it will encourage the others to do the right thing.